This article reports on a study by that appeared in the journal, Race and Social Problems. According to the article the study found: “The wealth disparity between young men who experience prison and those who never do is staggering.” The following graph gives visual representation to the stark realities of the racial disparities in wealth accumulation. 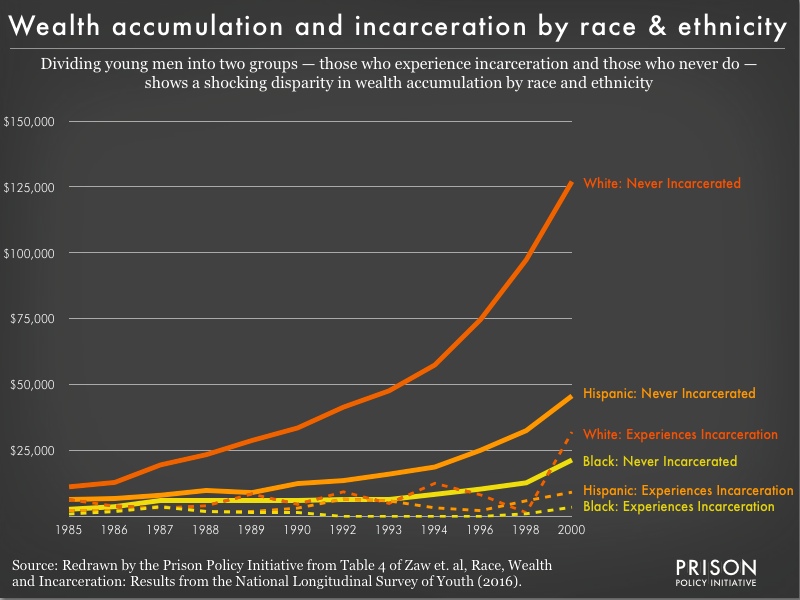